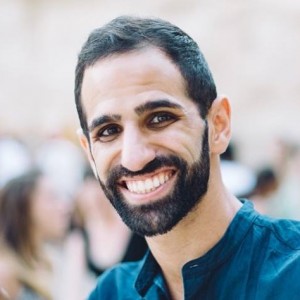 Eyal Dadon was born in Be’er Sheva, Israel in 1989.  At the age of 17 Dadon began his professional classical and modern dance studies at the Bat Dor Dance School in Be’er Sheva.

Dadon is currently choreographing original work across the world and in Israel and is leading his own dance workshops for dance universities and companies.

His work has received international awards in Hannover, Germany (1st Prize), Jerusalem (3rd Prize) in 2015, and in Bulgaria (1st Prize) in 2014.  Dadon was presented with recognition awards for his dance performance as the Dancer of the Year for his contribution to Israeli dance as part of Kibbutz Contemporary Dance Company in 2014; the Yair Shapira Prize. In 2008 he awarded  Outstanding Promising Dancer.

In 2016 Dadon was invited to be the Artistic Director of the Theater ‘House Of Dance’ in Be’er Sheva where he founded SOL Dance Company.  Today, in parallel to SOL Dance Company, Dadon continues to work as Rehearsal Director, In 2015, he created his first first evening work for Kibbutz Contemporary Dance Company’s main company together with choreographer and dancer Martin Harriague in their collective performance of ‘Croissant on the Grill.’

Learn more abou Eyal Dadon and his work at www.eyaldadon.com