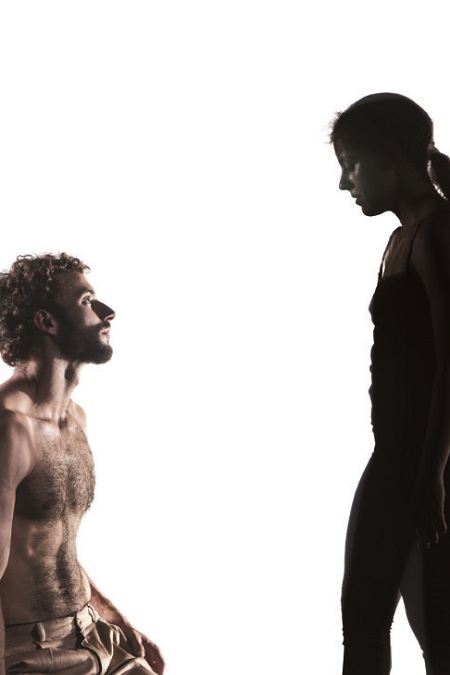 ‘Simple Dance‘ is an attempt to re-think some of the very essences of Folklore. It is an invitation to look at banalities that are guarding new knowledge, and together to imagine the folklore of the future.

What is the nature of a folk-dance in a world where nations and communities disperse to a global village? Trying to formulate a renewed self-definition, their boundaries constantly collapse and yet obsessively rebuilt. Thus, what are the functions of history and nostalgia in the act of dreaming a better future?

In collaboration with the company dancers, Shani tries to develop enhanced sensitivity to the tension between tradition and progress; to oscillate between authenticity and what is achieved by physical practice and sweat. Naturally following the path set by the founder of the company, Sara Levi-Tanai, they try to understand what can be done with inheritance and how it may develop into heritage.

Mor Shani (1985) began his professional career as a dancer in Bat-Dor Dance Company in Tel Aviv. A graduate of ArtEZ dance academy in Arnhem and DasArts in Amsterdam who’s stage and video creations are presented in theatres and festivals across Europe, US & Canada. In 2009, Shani was nominated for the Dutch National Swan award for ‘Most impressive dance production’ in collaboration with Ron Amit, among choreographers Alain Platel, Jirí Kylián and Muhammad Rashid.

His work won several prestigious awards and best young makers’ competitions, granting him the spotlight at show-cases in the Netherlands, France, Germany and London. Since his graduation, Shani has been a resident choreographer with Dansateliers Rotterdam and in 2014 was picked for residency at the International Choreographic Arts Centre – ICK Amsterdam – founded and led by Emio Greco. Apart from his prolific creative work, Shani keeps busy teaching in different contexts and holds artist workshops in the Netherlands and abroad. He is currently working on a new piece staged for Inbal Theatre, Tel Aviv, which is set to premier during the 2016 Diver festival.