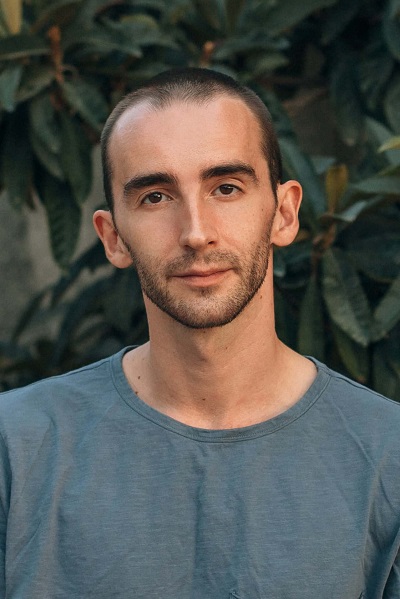 Born in 1982 in Kemerovo, Russia. Started ballroom dance at the age of 7. Studied at multiple dance schools including “The Style” and “Second Parallel”. Awarded by the ministry of education of Russian Federation for a solo performance in 2005. Danced with folk dance company, Siberian Kaleidoscope from 2004-2008.