Mother’s Milk – A Love Song, and a Lamentation for Parents

The fourth duet in the work Mother’s Milk performed by Hagar Shachal and Ilya Nikurov is accompanied by the song Meet You in the Maze written together by the two musicians James Blake and Justin Vernon. The words of the song (some of which are quoted above) describe a vague situation in which the two tell someone close to them, who is no longer with them, about their music. In the fourth verse, the musicians repeat the sentence “Music can’t be everything”. Reading the song, one realizes that the intensity of longing and the absence of this intimate who is no longer with them are stronger than the central position that music occupies in their lives. This vague song leaves hope that in the future they will meet in the “maze” – a concept whose interpretation in modern culture links it with the emotional and mental maze in which man is trapped. These words, like the other musical and theatrical choices added by Rami Be’er to the performance of Mother’s Milk, make us aware of the sense of loss in this work which is dedicated to his parents Menachem (Manny) and Shoshana, who died during the past year. 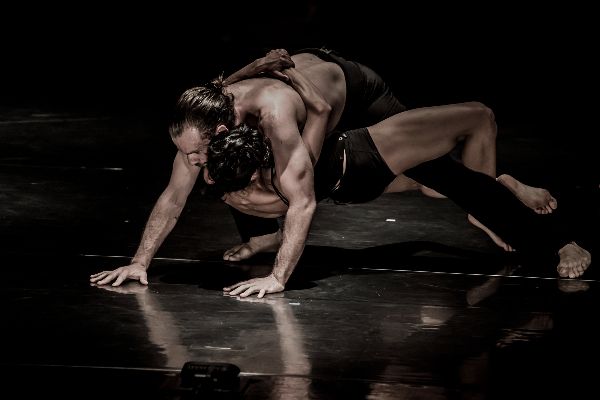 Mother’s Milk is a lamentation for parents who will never see his latest work, in which Be’er examines, through dance, their love and the European cultural heritage that they passed on to him. Using this heritage he interacts with many means of design, the most striking of which are music and text. Some of them refer to stories of heroism and love from Greek mythology, in which the roots of western culture are planted. Apart from mentioning the myth of the labyrinth, Be’er introduces into the soundtrack another piece of work, Orphée by the composer Jóhann Jóhannsson. This work is based on Ovid’s interpretation of the myth of Orpheus. Just as Orpheus shows his longing for his beloved Eurydice in his playing and descends to the underworld in a vain attempt to bring her back to life, so Be’er dives into the depths of the stage, music, and choreography. There in “the caverns of dance” he succeeds for a moment to awaken fragments of memories from the life and the culture he received from his father and mother. On a stage that is dimly lit, partially by a chandelier hanging in the center, he creates the sense of a dark space, from which heartbeats can be heard. Within this space, that may be in the bowels of the earth or in the caverns of the heart, the dancers create lyrical solos and duets, displaying the love and the loneliness that remains after it is lost.

Be’er interrupts these lyrical moments from time to time with powerful group composition structures that are illuminated by strong white light. It seems that in these composition structures, we see the presence of the architectural heritage of Rami’s father.  Manny was one of the prominent architects who formulated the kibbutz architectural concept from the mid-1950s. The public buildings and the neighborhoods he designed expressed the ideology of the kibbutz residents who lived lives of cooperation and equality within a united, homogenous society. The buildings he designed, particularly the public ones, remain to this day. In one of them – the dining room of Kibbutz Ga’aton that has been converted to a number of dance halls – Rami works with members of the company. In fact, Rami shares with his father two of the arts created in the space – one that is transitory (dance) and one that remains (architecture). Like Manny, who used the buildings to organize the movement of the people who lived in the kibbutz space, Rami’s work Mother’s Milk moves the dancers through a complex group composition, which takes shape thanks to the cooperation between them. 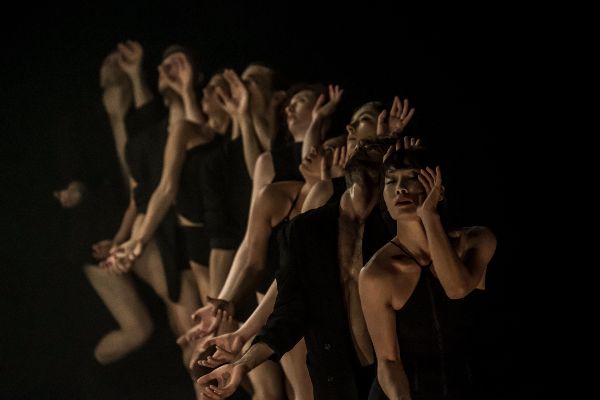 Architecture is not the only artistic medium where Rami and Manny share a common cultural foundation – the music of stringed instruments also connects them. Manny played the violin and Rami the cello, and together with Rami’s sisters, they played in different ensembles within the family. In homage to this connection, Rami and music editor Alex Claude have incorporated in Mother’s Milk number of different pieces played on stringed instruments. The ones that stand out most are the Solo Violin Sonatas and  Suite No. 3 Sarabande for Solo Cello  by Johann Sebastian Bach. The Bach violin solo performed movingly by Itzhak Perlman is the background for a duet by Martin Harriague and Jin Hwan Seok. This is the second time that Be’er has made use of this musical composition. The first time was in the dance Black Out (2015) based on Lullaby by Yehuda Amichai. In that piece, Rami used the song to carry the voice of the artist warning of the destruction and devastation caused by wars, whose horrifying outcomes are presented in the lullabies with a delicate sweetness. In Black Out the sublime sounds of the violin are cut by a soundtrack of gunfire and war machines, while in Mother’s Milk, in the background under the violin are knocks that sound like heartbeats. The duet performed by the two men looks and sounds like Rami taking leave of his father, who bequeathed to him not only his musical talent but also his talent for composition, which he uses to create and breathe life into the dancer’s body. 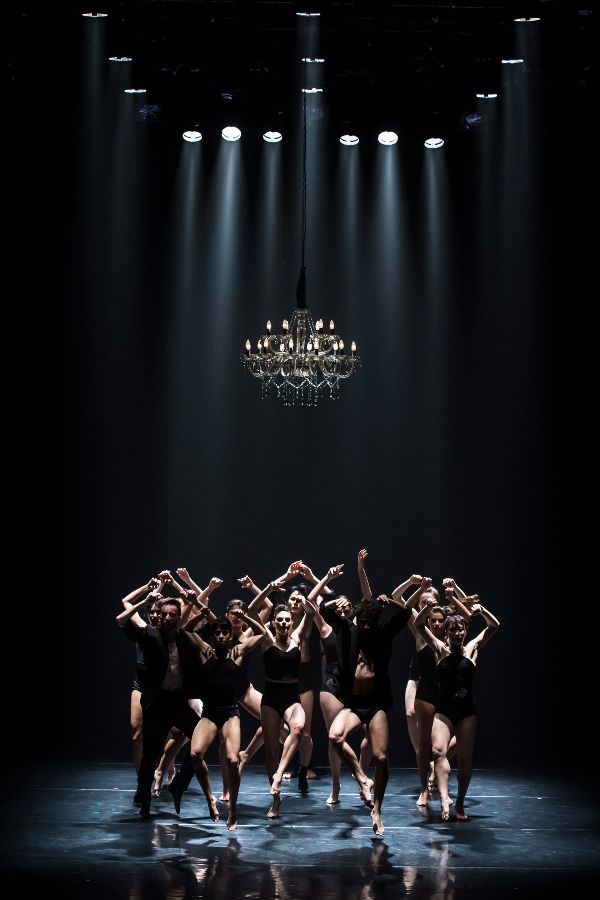 The use of the violin does not tell only the story of the personal ties between Rami and his father; it embodies another broad aspect encompassing the whole story of the generation of Holocaust survivors. That generation includes both his parents and Yehudit Arnon as well, founder of the Kibbutz Dance Company. Their deaths left Israeli society without the important testimony of those who experienced the horror in the flesh. This empty space cannot really be filled. However, as Rami proved in his work Aide Memorie (1994), it can be expressed through the viewpoint of the second generation who absorbed the stories from the primary source. Between these stories emerges the sound of the violin that accompanied Manny throughout the Second World War, and on his exhausting journey to the Land of Israel. While spending a short time in an apartment close to the Budapest Ghetto, he used his many hours of solitude to play the violin. This violin stayed with him on his journey to pre-state Israel and was miraculously rescued together with Manny from the illegal immigrant ship Abba Berdichev which sank. The violin playing is not the only place in Mother’s Milk where Rami hints at the dark past hiding behind the sublime beauty. He does it again in a particularly beautiful quartet performed by four of the company’s men: Martin Harriague, Niv Elbaz, Ilya Nikurov and Jin Hwan Seok. This segment is vaguely reminiscent of the quartet and the group of male dancers moving with the rattling sound of the train in the piece mentioned above, Aide Memorie. In the new piece, Rami emphasizes the gestures of a body in a lifeless, dependent state, gestures that quickly form and unravel, while in the background we hear the very low sound of a train.

His parent’s past does not amount only to the painful history that was the lot of many of their generation. It is also full of cultural richness that they absorbed on the continent that they so loved and that turned its back on them – Europe. Be’er, who places the dance in a dim, abstract and timeless space, leaves one visual remnant that hints at the past hiding behind the imagined world – the chandelier hanging in the center of the stage. This chandelier is a remnant of the glorious culture that was left in Europe. It illuminates not only the dance and the story of the father but also the story of the mother Shoshana – the daughter of an aristocratic family that founded the Dante publishing house which published the best of the literati in Hungary. Under the light of the chandelier and to the sounds of the cello and violin, Rami presents one of the most wonderful requiem works created in dance in recent years. It is a work that on one hand is abstract, timeless and universal, but at the same time, it manages to spin fine threads into the private and intimate love story of his parents and the deep sense of loss left by their deaths.

Mother’s Milk is a requiem to their love and to the cultural heritage they granted him.